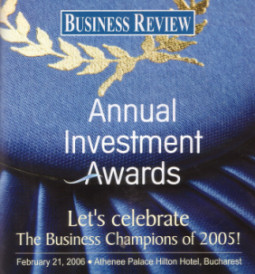 The Digital Romania Project, carried out by Sheba Distribution, has received an important recognition within the first edition of “Annual Investment Awards”, patronized by the weekly magazine in English Business Review. In the presence of many important personalities of the Romanian business environment, Bogdan Condurateanu, Technical Manager of Sheba Distribution, the project initiator, received the “Business Review Technology Award“.
“The award is a recognition of the enormous effort made by the entire team of Digital Romania Project that led to the fulfillment of the most beautiful road map in Romania “, stated Bogdan Condurateanu. “The received prize encourages us to go on with our work in order to bring the Romanian map at the same level with the Western European countries to make from this beautiful place a tourist and business destination preferred in the whole world “. The jury, who analyzed the nominations and appointed the winners of various sections of “Annual Investment Awards”, has been composed of 9 representatives of the civil society and business environment, government and journalists and, presided by Anca Ioan form Tiriac Holdings. Sheba Distribution is the Romanian representative of the American company Garmin, world leader of the GPS products market. These products use in Romania the awarded map within “Annual Investment Awards”. 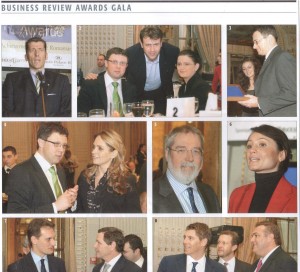 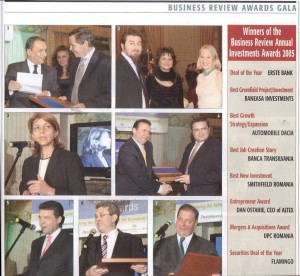